I get a little tired of most modern media telegraphing what our response is supposed to be. It strikes me that they do their own polling, find out what the general popular response is going to be (or what they decide it should be) and then we all get fed the story with this incipient slant again and again until it is accepted as truth.

The one that really brought this to my own attention is how the Shiite cleric Muqtada al Sadr is never mentioned in any report…I mean never…as anything other than "radical Shiite cleric" Muqtada al Sadr. Now don’t get me wrong…I do not mean in any way to defend al Sadr, who I suspect is as radical as they come, and no friend of western culture. I’m sure he is probably not someone any of us would want to invite into our homes. But do we really need media (the "liberal" media….it is to laugh!) reminding us of this at every opportunity? At the very least it speaks to a lack of vocabulary or just sheer laziness on the part of the writers.

There also seems to be a vested interest in sowing the seeds of fear ("The Fear of the Week" as I call it) in our minds with respect to Islam. And again…I am no fan of Islam. Nor am I a fan of Christianity, for that matter. Or Judaism. Or any of the Patriarchal, hierarchal, anti-Nature, anti-woman, anti-sex religions. But you don’t hear media reports as often…and by this I mean the constant drum beat about the seemingly insane responses that Muslims seem to have to the merest perceived slight (see: Teddy bear story)…about Fundamentalist Christianity’s insane insistance on 2000 year old readings of scripture used to villify Gay people. Ditto with Judaism, for that matter. And we certainly haven’t seen any similar excoriating of Tom Brokaw’s insidious history of the 1960s that doesn’t merely neglect LGBT people, but presents only the views and comments of our enemies. This is not a free and fair media. This is not "fair and balanced" either. And the sanctimony that accompanies all this is particularly gauling.

I mean…just what kind of clothing is the corporate media Emperor wearing?

You just gotta love the Sisters…

A couple of weeks ago my friends Cal and Larry and I went to the new Hindu temple which is about a twenty minute drive from my house.
It is the largest Hindu temple in North America

and is a marvel of intricately carved white marble.  The temple is dedicated to the

Gujarati guru of the early 1800’s Swami Narayan.
I had visited the new Swami Narayan temple outside of Delhi which is larger and made of red sandstone.
Swami Narayan taught peace among all creatures and was an ardent believer in vegetarianism.

We got this from a friend in Los Angeles. Someone has spent quite a bit of money putting together a pretty sweeping story, here. The first part is a very interesting anthropological review of religion and the basis and relationship of myths.

I don’t know what to think of the rest of it. There are some interesting ideas. There are some ideas I think are true. And there are some paranoid conspiracy "here-we-go-again" ideas in it, too. I think there’s the usual "just enough fact" to seem conspiratorially ominous. But there are also some good questions about the "War on Terror," …something, of which, I am more than wary. There are some good questions about the "military-industrial complex" and the profitability of war. Bread and circus…the control of the media…these are all things that we ought to be thinking about.

At the very least, there’s a grain of truth in every paranoid thought.

And just because you’re paranoid, doesn’t mean you’re not being watched.

Worth watching…if only to raise some questions. It’s long…almost two hours of film. There are some pretty nice graphics.

But Caution: there are some shocking images.

As usual, White Crane offers something as food for thought. Take what works for you…leave the rest behind.

Shrimp, crab, lobster, clams, mussels, all these are an abomination before the Lord, just as gays are an abomination. Why stop at protesting gay marriage? Bring all of God’s law unto the heathens and the sodomites. We call upon all Christians to join the crusade against Long John Silver’s and Red Lobster. Yea, even Popeye’s shall be cleansed. The name of Bubba shall be anathema. We must stop the unbelievers from destroying the sanctity of our restaurants.

Deuteronomy 14:9-10 says:
9 These ye shall eat of all that are in the waters: all that have fins and scales shall ye eat:
10 And whatsoever hath not fins and scales ye may not eat; it is unclean unto you.

In the off chance you’ve been lulled into forgetting about the atomic level nutbars out there, please check out this video of a press conference held on Capitol Hill yesterday. Hats off to People For The American Way’s Right Wing Watch for recording this and disseminating this.

These guys are more fixated on gay sex then most gay guys I know.  And the one minister who cites a laundry list of intra-species sex partners seems to be revealing alot about his own sick twisted subconscious.  I wouldn’t be surprised if the grass they were all standing on was withered and dead after they were finished.

I was trawling through the muck of the internet today, and of course, THE most important thing happening, other than Live Earth is…Eva Longoria’s wedding at Chateau Vaux le Vicomte.

First of all, talk about real estate!

Anyway, someone said something about a beautiful dress, and while I could care less about Desperate Housewives, I like Eva well enough, and I’m as queer as the next fellow about a pretty frock, so I went looking for it.

"He praised Longoria’s choice of dresses and designer – the 32-year-old wore a pink Chanel mini dress on her way into the town hall, but changed into a white dress in the district mayor’s office. French law requires a civil ceremony even when couples marry in a church."

Wow! What a concept…religious folks get their God’s church blessing on the whole matter if they want, but somehow, it seems, the French have acknowledged that the state has a stake in this that is separate from and different than the church’s.

Imagine that…some kind of separation of the church’s interest and the state’s. What must it be like to live in a society like that?

Out at the Center’s Chris Dawes was involved with both shooting and editing this segment and had this to say about his experience: "I initially chose to produce the Sacred Activism segment because of the spiritual element inferred by the intriguing title. I am very interested in religion and spirituality, so I tend to gravitate towards such stories. After hearing Andrew Harvey speak however, it was his empowering message to the LGBT community that struck me the most; we are unique and gifted and special and we have the power to change the world for the better and better ourselves in the process if we so choose. During my coming out process, I read somewhere that you eventually come to feel glad that you were born Gay instead of straight, because you are different and special. I could never fathom myself feeling that way, but after hearing Andrew Harvey speak, I can now see it. It was difficult to edit his powerful message and his wonderful wit and sense of humor down to just five minutes. White Crane thanks Richard Davis for providing this clip. We will also shortly be posting an interview done by Out At the Center with Mark Thompson on the occasion of the opening of the White Crane sponsored Fellow Travelers exhibit.

A nice bit of running commentary on this…

I don’t know about the rest of you…but I find it, I don’t know…what’s the word? Unseemly? Yes…I find the parading of peoples private faith in front of large audiences for the purpose of getting votes unseemly. I think the term is "Cheap Grace."

The "debates" (and as someone who actually was a debater in high school and college, I use the term in relation to these media events advisedly and very very loosely!) in which the hot topics are whether or not the candidate "believes" in evolution [ask them about the theory of gravity, why don’t they?…see if they believe in that!] and goes on at length about their imaginary friend, er, I mean, their Lord and Savior (again…I’m sorry, but didn’t we fight a Revolutionary War precisely for the purpose of getting rid of "lords"?….just asking) as if it meant anything at all, while larger far more real issues of education, health care that will effect the future of this nation for generations to come and a foreign policy that has set back our position in the world community for a generation go blithely unanswered is so frightening to me it’s hard to compose a rational response! That the television networks focus on these non-issues, further riling up the excitable unwashed masses to a frenzy…the greedy collusion between our Ruling Classes and the Corporate Classes… 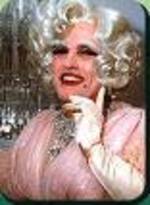 The RepubliCrats and the Demublicans have pretty much sewn up any real debate and locked out any serious third (or fourth, or fifth) parties from speaking to issues about the emperor’s clothing situation we find ourselves in. Perhaps instead of "bringing Democracy to the world" we ought to start worrying about what’s happening to our own home-grown version of it? Why isn’t this administration being impeached wholesale? No reasonable person thinks that they’ve accomplished anything but to bring us one debacle after another.

I’m  tired of the bread and circus banalities that pass for serious conversation.

I’m tired of the dumbing down…the conflation of "faith" with reason, the confusion of religion and science.

Science is not a matter of opinion. It is not up for debate…it’s open to discovery. And reasonable proof.

I’m appalled that a "creationist museum"  could be opened in this country and no one seems to be even slightly embarrassed by it. This is a level of flat out IGNORANCE that is breathtaking and dangerous.

When the hell is America going to wake up?